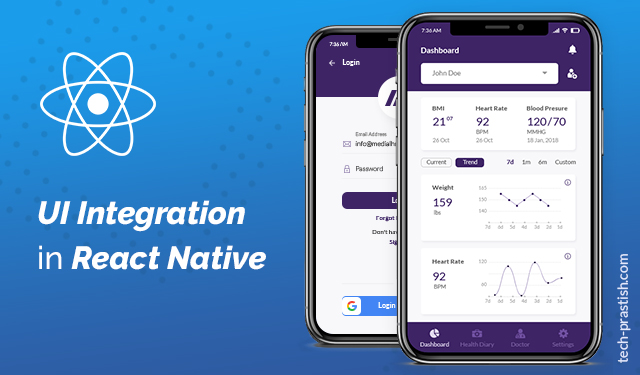 What is React Native

React native is an Open Source Mobile application platform created by Facebook. It is used to create Android and IOS. React Native use java-script to build a mobile app.

With the growing popularity of React Native come with 11 Component Libraries. These are the following:

In the above libraries, we have the authentication of UI customization Like in NativeBase, Shoutem, React Native Material UI, Nachos UI. By using one of the above Libraries, you can save time and make your app more quickly.

Use Component in App

It all starts with understanding the basic structure of a React Native app. The primary concepts of React are JSX, components, and style.

Components: React Native work on the component. There are two types of components: Function and Class. It becomes very helpful to demonstrate the same layout but different content by using props. I’m sure you found this article helpful. do share your views, suggestions and queries in the comment section below.